While Tarantino is no fan of the French New Wave legend, he did single out “The Story of Adele H” as a Truffaut film he enjoyed. 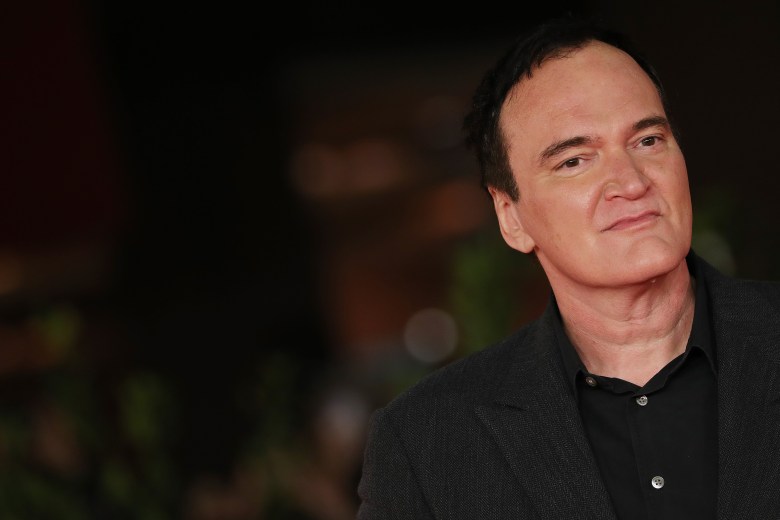 Say what you will about Quentin Tarantino, but he never backs down from a controversial take. The filmmaker has made a career out of his ability to elevate the exploitation films he loves into high art, and has never shied away from defending the cinema that inspired him. And his tendency to appreciate the lowbrow is matched by a willingness to criticize some of cinema’s most revered figures when he thinks the praise they get is unwarranted.

The September issue of Sight & Sound features an interview with Tarantino and his “Video Archives Podcast” co-host Roger Avary and highlighted several notable clips from their podcast. Per usual, Tarantino didn’t mince words when discussing his film opinions. When discussing the films of Claude Chabrol on an episode of the show, he found time to criticize the work of François Truffaut, particularly the thrillers that the director made later in his career.

“[Chabrol’s] thrillers are drastically better than the abysmal Truffaut-Hitchcock movies, which I think are just awful,” Tarantino said. “I’m not a Truffaut fan that much anyway. There are some exceptions, the main one being ‘The Story of Adele H.’ But for the most part, I feel about Truffaut like I feel about Ed Wood. I think he’s a very passionate, bumbling amateur.”

This isn’t the first time that Tarantino has offered a critical opinion of Truffaut. He spends a considerable amount of time in his “Once Upon a Time in Hollywood” novel revealing Cliff Booth’s negative reaction to a screening of “The 400 Blows” and “Jules and Jim.” Though Tarantino has maintained that Booth’s film opinions discussed in the novel are not necessarily reflective of his own, he didn’t struggle to come up with criticisms of some of the auteur’s most beloved works.

“He tried Truffaut twice, but he didn’t respond to him. Not because the films were boring (they were), but that wasn’t the only reason Cliff didn’t respond. The first two films he watched (in a Truffaut double feature) just didn’t grab him. The first film, ‘The 400 Blows,’ left him cold. He really didn’t understand why that little boy did half the shit he did,” Tarantino wrote in the novel. “And he thought the mopey dopes in ‘Jules and Jim’ were a fucking drag.”

Sign Up: Stay on top of the latest breaking film and TV news! Sign up for our Email Newsletters here.

The Blacklist Will End After Upcoming 10th Season: ‘It’s Been Incredibly…

‘The Last of Us’ Presents an Achingly Beautiful Gay Love Story

Kenya Barris Defends His Brand of Comedy: ‘Have You Ever Looked at the Mona…

Netflix’s Interracial-Dating Romcom ‘You People’ Is Trying Way Too…