Marco Reus is relishing the chance to play against Erling Haaland.

The Borussia Dortmund star was reacting to the UEFA Champions League draw in Istanbul.

The draw pitted Dortmund together with England’s Manchester City, Spain’s Sevilla, and Denmark’s FC Copenhagen in Group G of the tournament.

Reus is most excited about playing against former teammate Erling Haaland, the club shared on social media.

Exciting feature: Check out news exactly for YOU ➡️ find “Recommended for you” block and enjoy! 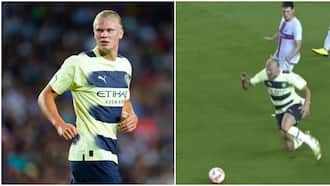 “Manchester City is naturally a force to be reckoned with in the Champions League. We’re looking forward to it just as much as we are to the reunion with Erling Haaland,” he said.

Reus also touched on the teams in the group, noting that they had won in Seville in 2021 and played a really good game. He also is excited at the thought of facing Danish champions Copenhagen.

Barcelona and Bayern Munich will meet in the group stage of this year’s UEFA Champions League in what promises to be a mouth-watering clash.

The group stage draw for this season’s tournament took place in Istanbul, Turkey on Thursday.

The group stage will this season run from September 6-7 to November 1-2, with games taking place in a condensed nine-week period to accommodate the winter World Cup in Qatar. 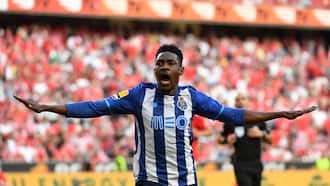 Borussia Dortmund captain Marco Reus has played with numerous stars at Signal Iduna Park in his 10 years as a BVB player, but the German star says his best-ever teammate is Mario Gotze.

Reus has played alongside Robert Lewandowski, Pierre-Emerick Aubameyand, Erling Haaland, Ousmane Dembele, and Jadon Sancho at various points in his time with the German giants.

According to The Sun, Marco Reus described his fellow Germany teammate, Mario Gotze, as an exceptional talent when he first moved to Signal Iduna Park.