Manifest will make its final descent on Netflix, and now we know exactly when it’ll land.

Netflix also unveiled a new poster, which you can check out below.

Season 4, which is set two years after Grace’s brutal murder turned the Stone family’s lives upside down, finds them “in shambles as a devastated Ben continues to mourn his wife and search for his kidnapped daughter Eden,” per the official synopsis. “Consumed by his grief, Ben has stepped down from his role as co-captain of the lifeboat, leaving Michaela to captain it alone — a near impossible feat with the passengers’ every move now being monitored by a government registry.

“As the Death Date draws closer and the passengers grow desperate for a path to survival, a mysterious passenger arrives with a package for Cal that changes everything they know about Flight 828 and will prove to be the key to unlocking the secret of the Callings in this compelling, mind-bending, and deeply emotional journey.”

The Season 3 finale left fans mulling over many jaw-dropping twists, including fellow 828 passenger Angelina fatally stabbing Grace and then kidnapping Eden, believing that the infant is her guardian angel; Michaela and Zeke seemingly about to have a break-up conversation; Cal vanishing into thin air after touching the tail fin at the Eureka lab and reappearing a whole five years older; and Captain Daly suddenly appearing inside the 828 cockpit at Eureka and then disappearing with the entire plane in a flash of light. 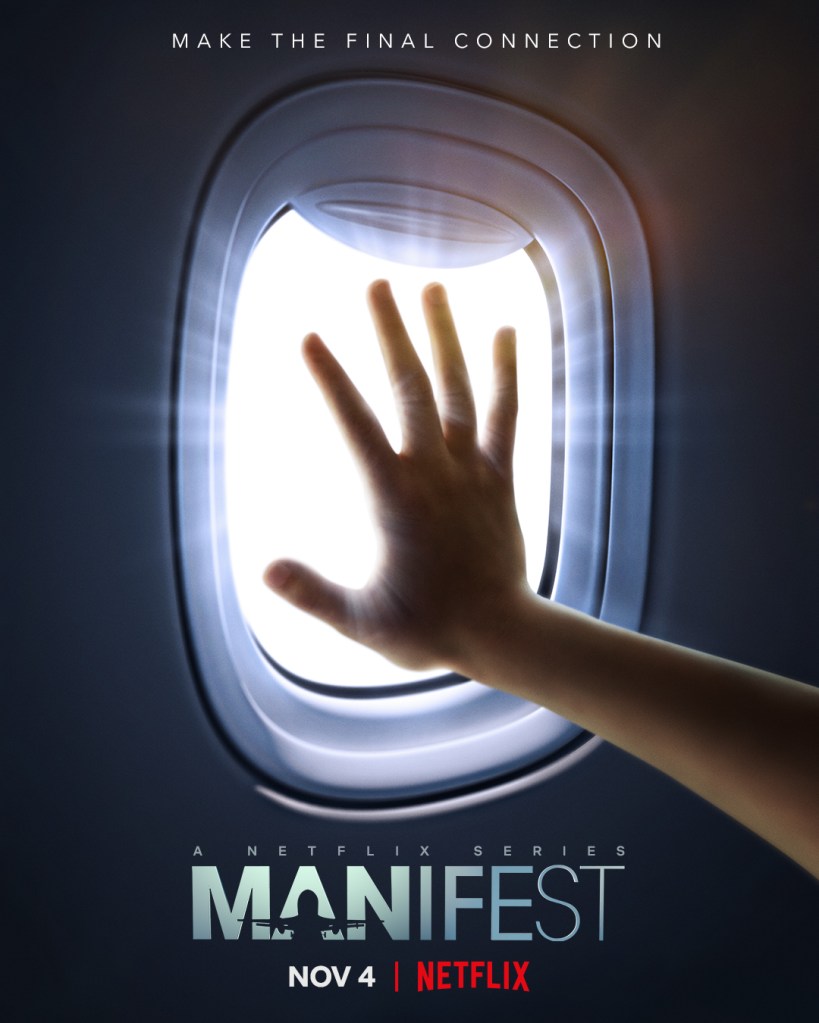 Are you emotionally prepared for Manifest’s final season? Let us know your thoughts in the comments below.

Want scoop on Manifest, or for any other show? Email InsideLine@tvline.com and your question may be answered via Matt’s Inside Line.