Senior government and military officials from Japan and the United States on Sunday vowed to strengthen cooperation with the Solomon Islands amid increasing Chinese influence, as they gathered in the capital Honiara to mark the 80th anniversary of the World War II Battle of Guadalcanal.

The fierce battle between U.S. Marines and Imperial Japanese forces in 1942 over the island of Guadalcanal in the Solomon Islands spanned about six months and resulted in some 22,000 deaths among Japanese forces, many from starvation and disease. The Allied forces suffered some 1,600 casualties in the fighting, while thousands more also died of disease. 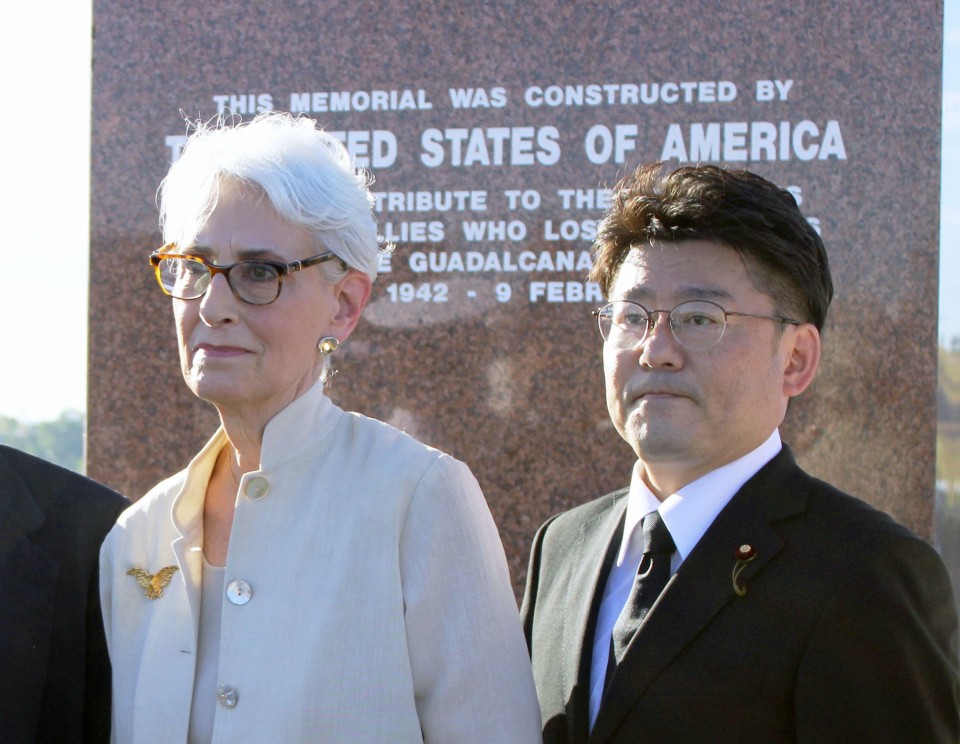 U.S. Deputy Secretary of State Wendy Sherman (L) and Makoto Oniki, Japanese senior vice defense minister, are pictured at a commemoration service held in Honiara, the capital of the Solomon Islands, on Aug. 7, 2022, to mark the 80th anniversary of the World War II Battle of Guadalcanal. (Kyodo)

Among the senior figures from both countries who attended commemoration ceremonies in Honiara were Makoto Oniki, Japanese senior vice defense minister, and U.S. Deputy Secretary of State Wendy Sherman.

The senior U.S. diplomat, who is currently on a multileg tour of South Pacific nations, reiterated the United States’ commitment to reinvesting in its relationship with Pacific island nations amid China’s increasing influence in the region.

“Today, we remember the pain and strife that scarred the Pacific…and we recommit ourselves to moving forward together as partners and as true and lasting friends,” Sherman remarked at a commemoration service at the Guadalcanal American Memorial on Skyline Ridge.

Sherman, who revealed that her father Mal Sherman had fought and been injured in the battle, warned that the lessons of the war are being forgotten by some of today’s leaders.

“As we have lost the Guadalcanal generation to the passage of time, we have seen around the world some…who seem to have forgotten the awful lessons learned here,” said Sherman.

In a veiled criticism of Russia and China, she added that such leaders are those who “believe that coercion, pressure and violence are tools to be used with impunity.”

In a separate memorial service hosted by the Japanese government and also attended by U.S. Ambassador to Australia Caroline Kennedy, Oniki said, “I express my deep respect for the bereaved families and other people who endured their sorrow of losing loved ones and friends and overcame hardship,” while expressing hope to build stronger ties with Pacific island nations.

Later on Sunday, Oniki met with Solomon Islands Prime Minister Manasseh Sogavare and agreed to strengthen cooperation between Japan and the Solomon Islands, sources familiar with the matter said.

The Solomon Islands has been the center of increasing geopolitical competition in the Pacific, after it signed a wide-reaching security pact with China in April. 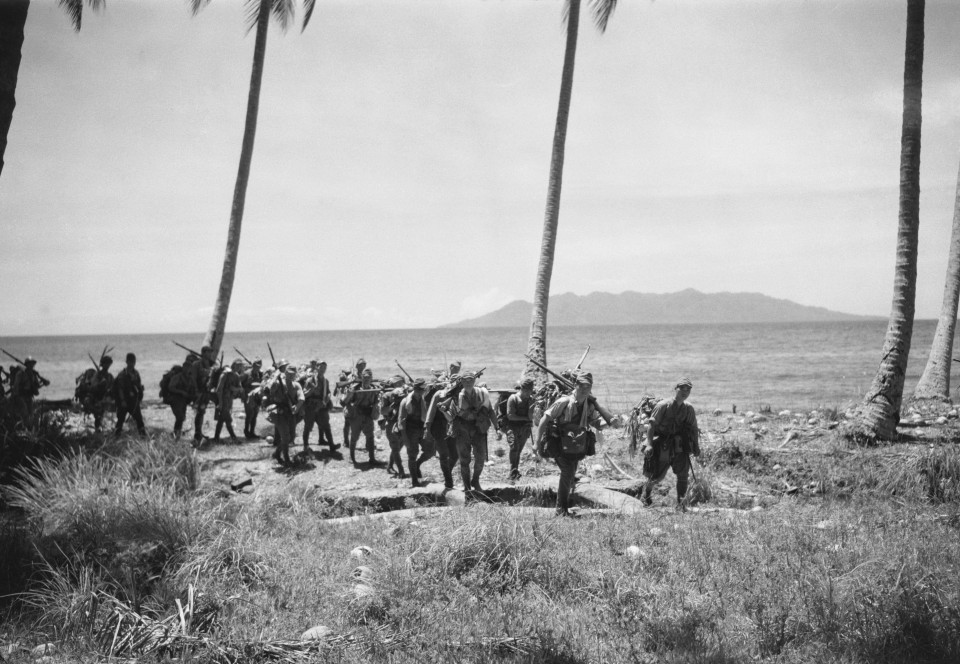 Wildfires continue to burn in Kootenays – BC News