South Korea is working toward a resolution of the long-pending issue of wartime labor compensation that has soured bilateral relations, a senior official of Japan’s Foreign Ministry said Friday, ahead of an impending court ruling in Seoul over the envisioned liquidation of Japanese corporate assets.

The official told reporters that he could see “efforts were being made by Yoon Suk Yeol’s administration” following a meeting in Tokyo between Takehiro Funakoshi, director general of the ministry’s Asian and Oceanian Affairs Bureau, and his South Korean counterpart Lee Sang Ryeol, but did not elaborate.

The meeting came amid media reports that the South Korean Supreme Court may finalize soon, possibly within this month, a court order to liquidate assets in South Korea seized from Mitsubishi Heavy Industries Ltd., one of two Japanese firms sued over alleged forced labor during Japan’s 1910-1945 colonial rule of the Korean Peninsula. 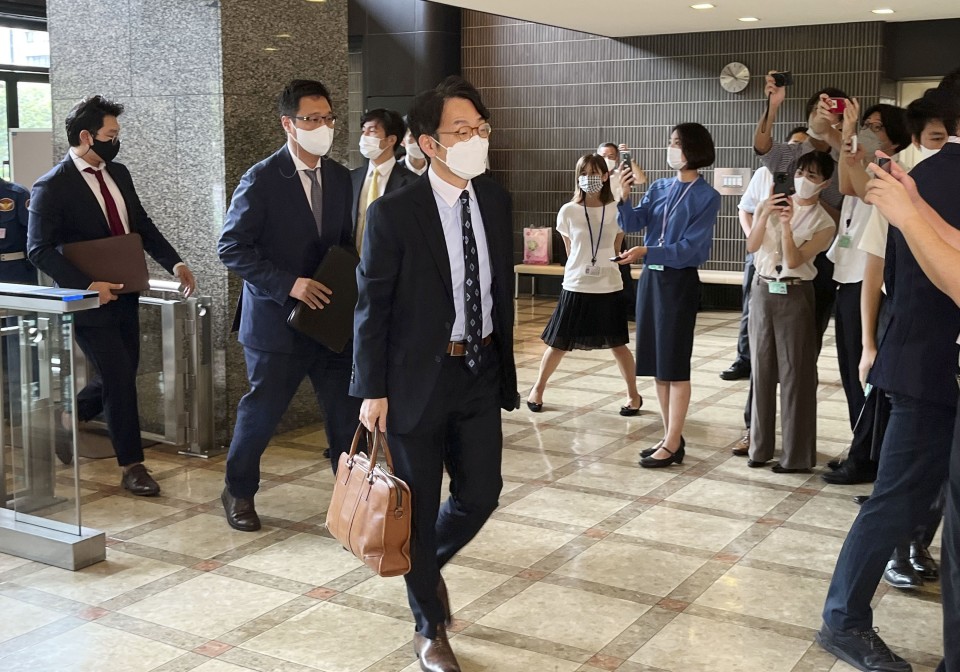 The assets of Mitsubishi Heavy as well as Nippon Steel Corp. have been seized since they have not complied with South Korean court orders in 2018 to compensate plaintiffs in the country for their unpaid labor during the colonial period.

The official made the remarks when asked about the current state of Seoul’s domestic discussions regarding the wartime labor issue under the leadership of Yoon, who took office in May with a pledge of thawing icy ties with Japan.

Funakoshi called on South Korea to respond to the issue “responsibly” to restore sound relations between the two nations, based on “Japan’s consistent position,” and also confirmed with Lee to continue dialogue over pending bilateral issues, according to the ministry.

Japan maintains that the issue of claims stemming from the colonial era was settled under a bilateral accord signed in 1965 when the two East Asian neighbors normalized diplomatic ties. It also says that the ball is in South Korea’s court and Seoul should take action to repair their ties.

Tokyo has warned that there would be “serious consequences” for the bilateral relationship if the assets are indeed sold off and cause harm to the interests of Japanese businesses.

A South Korean Foreign Ministry official said that a detailed explanation was given of the ongoing discussions at a public-private consultative body that Yoon’s government set up last month to explore ways to avoid liquidation of the assets.

Later Friday, South Korea’s Yonhap News Agency quoted the nation’s Foreign Ministry as saying in a press release that Lee “called on Japan once again to show a sincere response for the resolution of the issue.”

“The two director generals shared the view that it is important for the diplomatic authorities of the two countries to continue communication to restore and improve South Korea-Japan relations,” the ministry said, according to the news agency.

A South Korean Foreign Ministry source, meanwhile, told reporters that Lee touched on the issue of an apology to plaintiffs that they have asked Japan to make, but a Japanese Foreign Ministry official said such a matter was not raised during Friday’s meeting.

Early this month, Foreign Minister Yoshimasa Hayashi and South Korean Foreign Minister Park Jin agreed to speed up consultations between the two governments over the wartime labor issue when they met in the Cambodian capital of Phnom Penh.