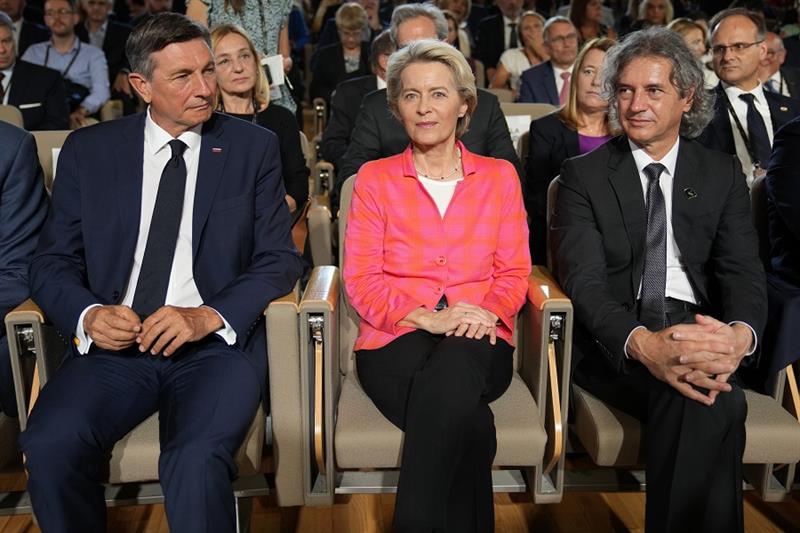 Disruptions have followed high gas prices in the nuclear and hydroelectric sectors amid a heatwave blamed on climate change — threatening businesses and households with massive bills.

“It was developed for different circumstances. That’s why we are now working on an emergency intervention and a structural reform of the electricity market.”

Speaking at a press conference after talks with Czech Prime Minister Petr Fiala, Scholz said that “we are in complete agreement that rapid action has to be taken” to reform the market.

“My impression is, I think our common impression is, that this will now succeed more quickly across Europe than under other framework conditions,” he said.

The Czech Republic holds the rotating presidency of the European Union, and it was Czech Industry and Trade Minister Jozef Sikela who announced next week’s emergency talks.

“We must fix the energy market. Solution on the EU level is by far the best we have,” he said.

The European Commission has yet to publish a detailed plan for market reform, but some member states have been pushing for a temporary cap on wholesale gas prices.

EU officials are also considering measures to split electricity price setting from the gas price and consider other energy sources.

Some member states have launched their own price reduction measures, but Brussels believes EU capitals working together will be more effective.

“Therefore one of the proposals we are coming up with is putting a ceiling on prices of gas used in the production of electricity. This will be a functional and less costly solution that should reduce prices.”

The move comes as the 27-nation bloc is trying to shed dependence on supplies of Russian oil and gas following Moscow’s assault on Ukraine.

Reduced supplies and anxiety over the future have sparked rocket growth in energy prices across Europe.

On Friday, Germany and France reported record electricity prices, with the German year-ahead contract jumping to 995 euros ($995) per megawatt hours while the French equivalent soared past 1,100 euros — compared to 85 euros in both countries last year.

The European Commission is planning to cut EU dependency on Russian gas by two-thirds this year and end its reliance on Russian supplies of the fuel before 2030.

The EU has targeted the Russian energy sector in its sanctions, banning coal imports from Russia.

Its plan to cut gas consumption across the bloc by 15 percent to cope with the energy price crisis came into effect earlier this month.

The aim is for the EU to be able to bolster its reserves of gas in time for what is likely to be a very tough winter.

Some EU nations are launching power-saving drives, including measures to cut back on air conditioning, switch off illuminated advertising screens at night and ban the heating of private swimming pools.

Germany said on Sunday is was replenishing its gas stocks more quickly than expected and should meet an October target early.

Some member countries, however, have had carve-outs from strictly following the rules as they are too dependent on Russian supplies.

Why U.S. retail giant Lithia aims to expand into Europe