Dubai in the 1970s: How 3 restaurants became ‘home’ for expats in newly-formed UAE


In this new seven-part series, we explore all the significant milestones that made the city the culinary wonderland it is today 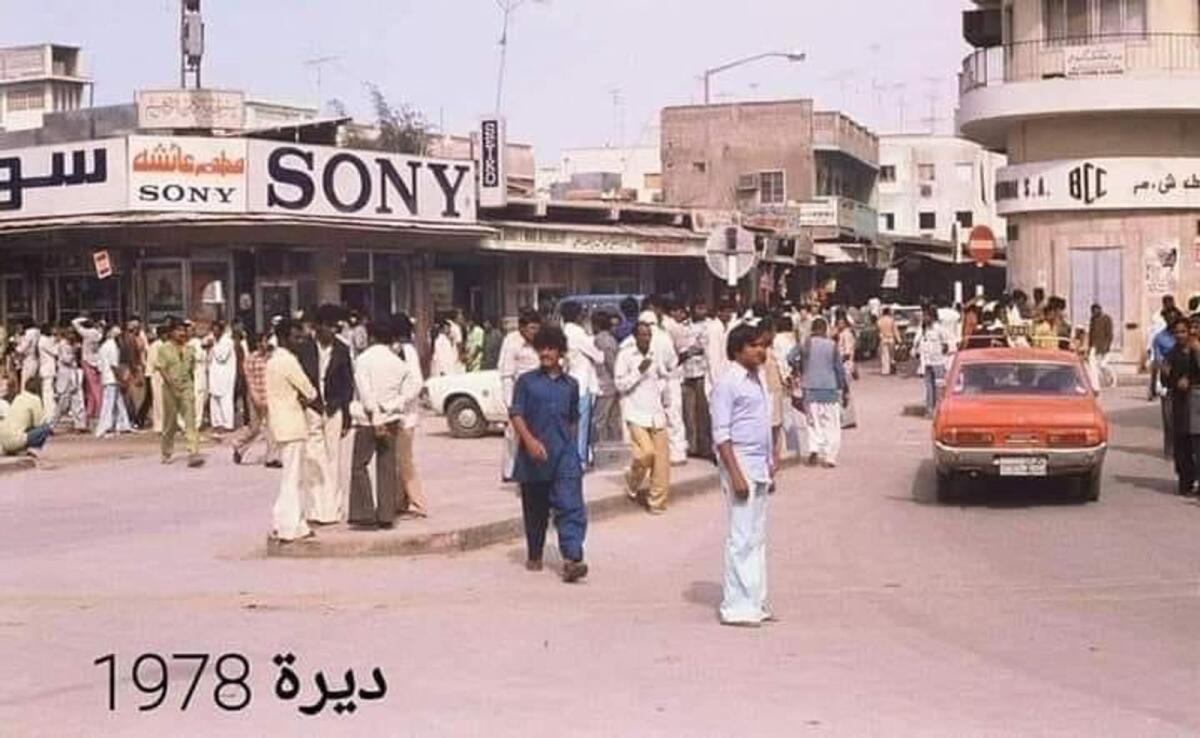 In the 1970s, UAE was a newly formed country where a host of migrants arrived to try their luck to make it big. Away from home and their loved ones, expatriates sought to find places where they could forget their worries and feel close to home. This is when local restaurants doubled up as community centres.

Some of the earliest restaurants in the city, like Aisha restaurant- popularly called Kader hotel- was the place where expats from all over Dubai met, socialized and made important life decisions.

So strong was the legacy left behind by the restaurant that the Sabkha bus station area is still known by Kader Hotel area, almost 40 years after its owner Kader shut shop and left the country.

“This building was erected after demolishing old Kader hotel,” said Shareef, who runs an electronic shop Metro Deluxe in the area. “I came about 18 years ago so I never saw the restaurant or Kader but I know that this area is still known by his name.” This is how the area looks like now 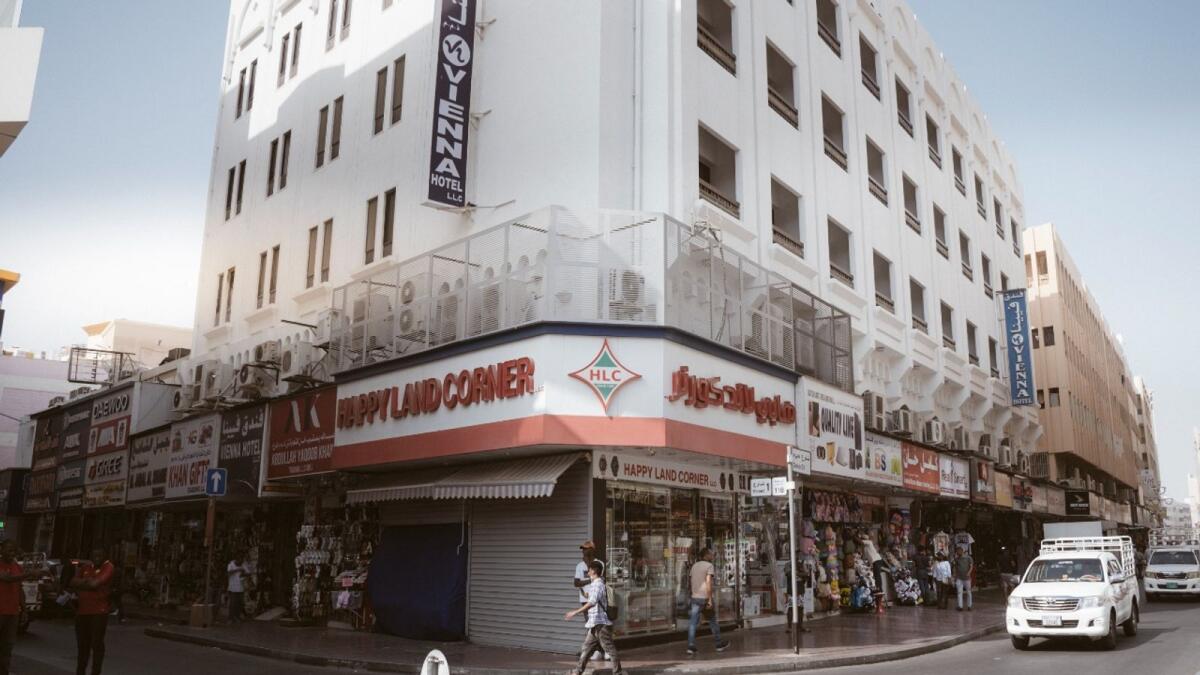 This part of our seven-part series examines what role Kader hotel and two other eateries played in the lives of expats.

“When I was first coming to Dubai, my friends advised me to go to Kader hotel,” said Abdulla, a resident of Dubai since 1977. “You will find someone from your hometown there and they will take care of you.” 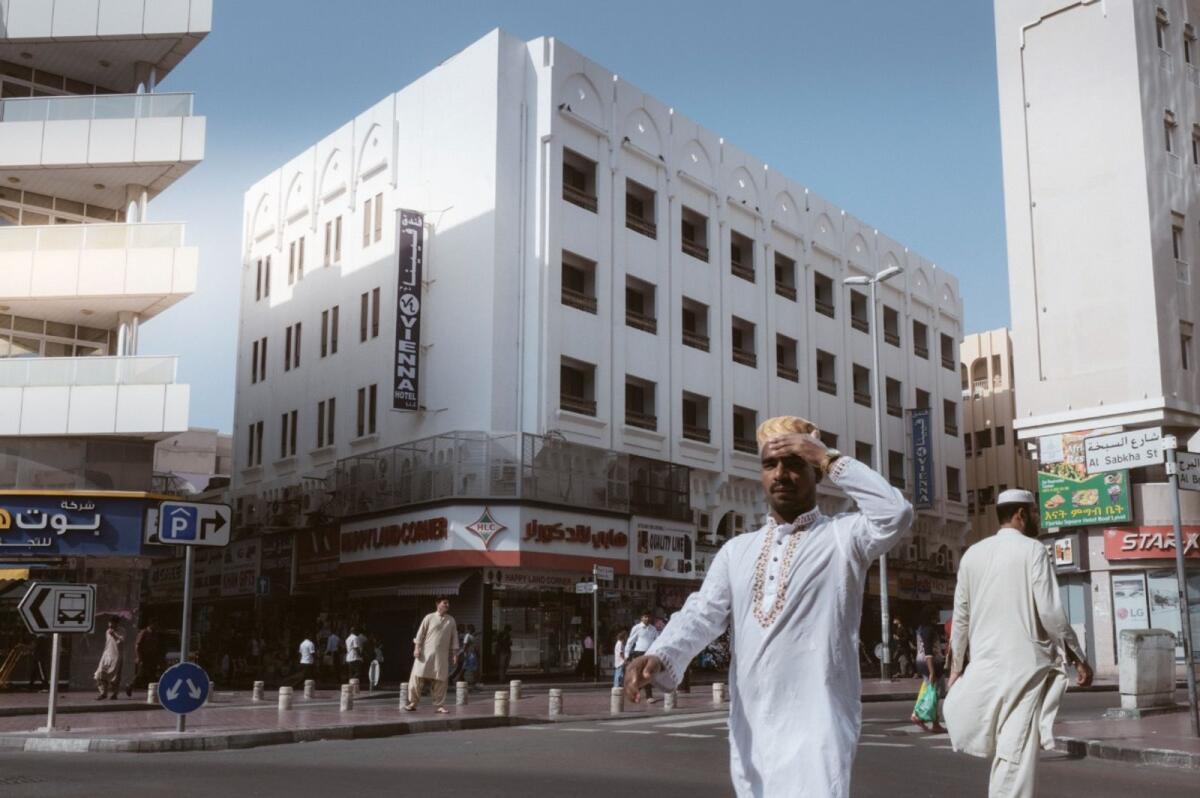 Kader Hotel was the common name given to Aisha restaurant that served Pakistani cuisine, situated in what is today’s Sabkha bus stand area. It was run by a Keralite named Kader who had arrived in Dubai from Lahore. He was Kaderikka (Ikka is a Malayalam word meaning big brother) to everyone. “Once, I was driving to office and I got flagged down by two Pakistanis,” said Mohammed Ilyas, another long-time UAE resident who arrived in the country 1976. “All they said was Kader Hotel. I knew that they were looking to find their way there. Anyone who reached Kader Hotel would be given free food and shelter until they found a job. It was essentially a shelter for anyone and everyone who came to the city.”

“There was a system where people would meet at Kader hotel and pool in money to start a business,” said Hashim Vazail, who arrived in the country in 1972. “Also, since there was no access to banks, people would give all their savings to Kaderkka for safekeeping.”

“Right next to Kader hotel was this electronics shop also owned by Kaderkka. Instead of sending letters, expats used to record their messages on audio cassettes. People would buy the transistors from Kader’s electronic shop and decorate them beautifully to send home. If none of their friends were travelling to their home country, they would find someone from Kader Hotel who would be going.”

Another restaurant that became a meeting point for expats was Deluxe hotel, situated in Naif. The area is now a far cry from the small humble meeting ground that it used to be.

The restaurant was known for serving Kerala food. “Deluxe was pretty popular amongst jobless expatriates,” said Salim Mohammed, the son-in-law of one of the owners of the restaurant. “It was co-owned by two men named C.H. Aboo and M.K. Ahamed. They gave free food for needy people and helped them as much as possible.”

In last week’s part, Saheeda Yusuf shared with us how the workers of Deluxe Hotel made sure she was well-fed and nourished while struggling with morning sickness in 1971.

“An important aspect of these restaurants was how they has big TV sets for people to watch,” said Hashim Vazail. “Each of the restaurant had different programs depending on their customer base. In Deluxe usually, gusthi would be shown on TV. You would hear some of the customers shouting ‘sit down, turn like this’. The atmosphere used to be very electrifying. Sometimes, one of our roommates would go to buy roti to Deluxe. If gusthi was on TV at the time, we would get our rotis only after the match was over. He used to be obsessed with it.”

According to Salim, Al Hamra restaurant served a variety of dishes ranging from Kerala delicacies to North India chicken curries and Arabic dishes like kebabs and roasted chicken. “I have had the good fortune of tasting food from all three restaurants,” he said. “Each one was delicious and unique in its own way. This restaurant was owned by a Malayali man named Moidu. Everyone used to call him Al Hamra Moidu.” 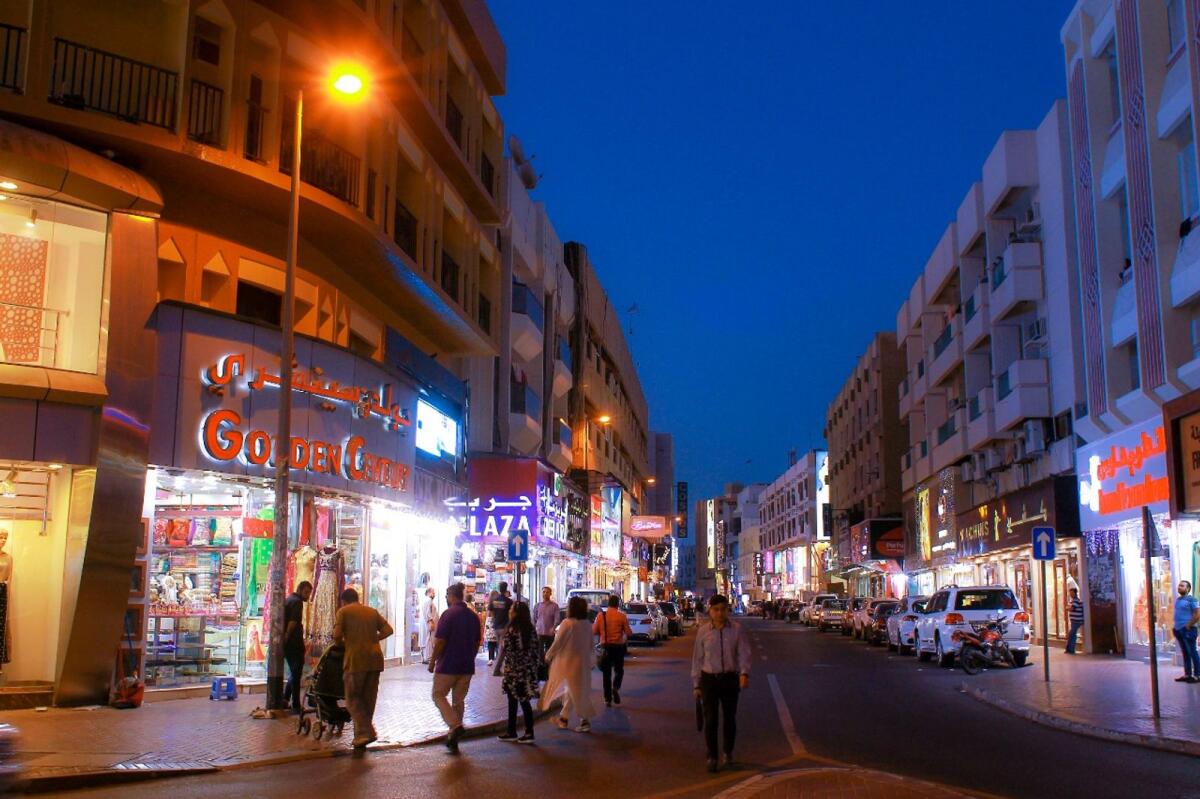 Hashim also agreed that the food at this restaurant was delicious. “Whenever we wanted to eat food that we could not easily cook like boti, we would head to Al Hamra,” he said. “There was a guy at the cashier whose name was Abubakr Motai. Every time we paid for food, he would thrust his hand into the cash drawer and without even looking, he would give us our change. In all my years of going there, he had not made a mistake in furnishing change ever. It was some kind of a magical skill he had. In those days one paratha was 4 ana. Sometimes they would tear the paratha and sell the half for 2 ana.”

Read More:Dubai in the 1970s: How 3 restaurants became ‘home’ for expats in newly-formed UAE

Dubai: How well do you know your Emirati cuisine? 6 must-try dishes for the foodie in…